K-Drama “Start-Up” has been a huge hit across South Korea and across the globe.

Two top Hallyu stars are starring in this drama. It’s none other than Suzy and Nam Joo Hyuk. Kim Seonho is also one of the lead actors and he’s actually been getting even more attention than the first lead, Nam Joo Hyuk. He’s become induced the symptoms of the deadly “second lead syndrome” to many K-Drama fans. 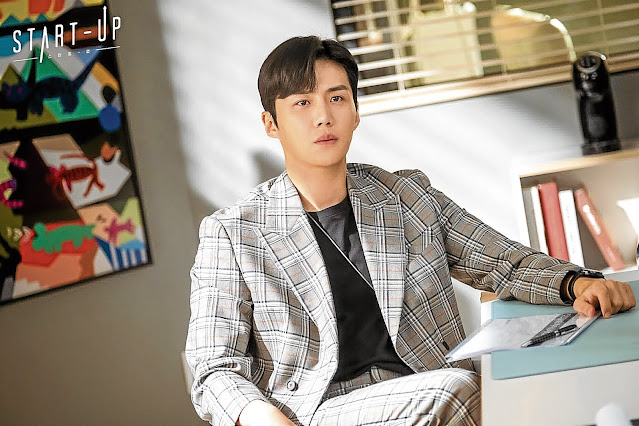 Kim Seon Ho from K-Drama Start-up induces second lead syndrome
Second Lead Syndrome, or SLS is when you root for the second male lead in a drama and wish the female lead would choose him although you know that it wouldn’t happen. An example would be Kim Hyun Joong in the K-Drama, Boys Over Flowers that aired in 2009. In this drama, Kim Hyun Joong ached the hearts of many K-Drama fans, as his character was so sweet and gentle compared to the arrogant and self-centered role carried out by Lee Min Ho. 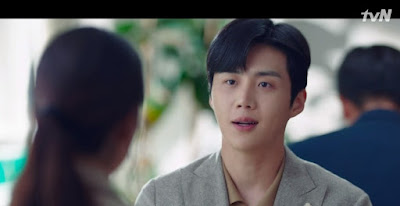 Jipyeong gets ready to tell Dalmi the truth about his feelings
In this scene, Suzy (Dalmi) and Seonho (Jipyeong) have a chilling conversation. Dalmi is still in shock that Dosan and Jipyeong have tricked her. Jipyeong tries and convinces her that they didn’t intend anything to hurt her. He tries to cover a little for Dosan, which is really nice of him, considering what he’s about to tell her.

In the scene above, Jipyeong tells Dalmi that he had feelings for her all this time. He delivers his straightforward and bold message to her, “내가 서달미 씨를 좋아해요” (I really like you Dalmi).
Check out this scene where Jipyeong confesses his feelings for Dalmi and how the K-Drama, Start-up induces second lead syndrome.
Now, viewers are curious – what will be the end of this loveline? Start-Up fans think Seonho is too good to be just seen as the second lead, and that he needs a chance with Dalmi too.

Curious to find out what happens to these lovebirds?

Check out more clips from the Korean Tutor App where you can get daily updates of the hottest, trendiest clips about K-drama and K-pop!
Download at the link below, for FREE:
-Android : https://play.google.com/store/apps/details?id=com.hyperitycorp.app.ktutor
-IOS : https://apps.apple.com/app/korean-tutor/id1524408364
Also, check out our Youtube Channel and our website for more information:
-YouTube Channel: https://www.youtube.com/channel/UCirVINQxIZAyDQpwKKcKHLg/?sub_confirmation=1
-Korean Tutor Website: http://www.hyperitycorp.com/2020/11/03/learn-korean-idoms-with-kpop-stars-korean/

On October 30th, Song MINO has made a comeback and released the new solo album “TAKE.” The title track of this album, “Run Away” integrates a very powerful hook and a very deep message that’s delivered by MINO’s excellent rap articulation.

One of the iconic moments in the track is when MINO spills out the rap super fast. At one point, he says “가버려, 코빼기도 보이지 않게” which means “get out of my sight, once and for all” and “이름도 바꾸고 성형도 잔뜩 해서” which means that he wishes the ex would change her name and face so that he wouldn’t recognize her any longer. He wishes that he wouldn’t even recognize his ex-girlfriend even when she is right in front of him – “코앞에 두고도 못 알아보다.”

Let’s try to learn Korean idioms with K-POP stars – in this case, MINO!

Korean Idiom – Right Under Your Nose

In English, this translates to “be right under your nose.”

The expression “코 앞에 두고도 못 알아보다” is a popular Korean idiom that means to “be right under your nose.” 코 means “nose” and 앞 “in front.” 못 알아보다 means “cannot recognize” so MINO hopes that he would not be able to recognize his ex even if she is standing right in front of him, or “right under his nose.”

Watch other clips in the Korean Tutor APP and learn Korean idioms with k-pop stars. We strongly recommend it because it’s NO CHARGE – 100% FREE!

Get your drama hats on guys! TvN has just released a fantasy tale starring some of your most beloved Korean stars. The drama is none other than ‘The Tale of a Gumiho’ (2020).

The main casts of this drama are Lee Dong-wook, Jo Bo-ah, and Kim Bum. Lee Dong-wook is a popular actor in South Korea who has secured a huge fandom overseas due to the “Goblin boom” in 2016. Fans cheered for his unique sense of humor and handsome looks in the drama ‘Guardian: The Lonely and Great God (도깨비)’ and are excited to see what he’s about to show us in this impending drama. Dong-wook has become an emblem of odd, fantasy characters like the reaper in the Goblin and in this drama, Gumiho – a creature from the old Korean folk tales.

For those of you who aren’t familiar with the backdrop of ‘Gumiho,’ here are a few pointers that are useful to know:

Gumiho is an imaginary character that is believed to have magical powers. Legend has it that Gumiho is a fox that possesses nine tails, has lived for over a thousand-years eating human liver. Some say that it is a spirit of a fox with supernatural powers.

In the original Korean folk tale, Gumiho is actually a woman. Therefore, it is quite strange that this role is being carried out by Lee Dong-wook.

#3 Dreadful Monster, or just a fox that wants to become human?

In Korean legend, Gumiho is portrayed as an intimidating character that turns into a woman that captures and eats a human’s liver. However, there’s also the side of the Gumiho that draws on the humane feelings of sorrow and longing. If a Gumiho marries a human and stays undetected for 100 days, it can become a human. However, most humans leave Gumiho when they realize its true identity as a fox.

Now that you’ve got some background story, let’s look at this scene from  Gumiho!

From this scene, let’s learn the Korean words related to time and year:

Now try reading the main sentence that appeared in this video:

Finally, let’s use these words in a sentence!

You’ve learned new words in Korean by watching your favorite drama, just like that! If you want to learn more, visit our Korean Tutor website :

Check out our other blog posts:

TWICE, the leadning k-pop female idol group of JYP entertainment has made a grand comeback on October 26, 2020. October is a special month for this girl group, as it marks the 5th anniversary of their debut.

The title track of their 2nd Full Album Eyes Wide Open is “I Can’t Stop Me.’ Let’s watch a short clip of their dazzling music video and learn the Korean expression of “getting sucked into the darkness.”

Repeat this sentence: 어둠 속으로 빨려 들어 (Get sucked into the darkness)

Let’s break it down:

Get the fastest updates on K-POP tracks and K-DRAMA scenes with Korean Tutor!

Also, check out our blog for more updates!

“Start-Up” is one of the most awaited K-Dramas of 2020. It stars two of the most well-liked Hallyu stars – Suzy and Nam Joo-hyuk.

It’s about the story of young people who dream of success, working at start-ups in the Korean Silicon Valley (aka: the Pangyo Techno Valley).

Let’s look at one of the highlight scenes from the drama where Suzy (Dal-mi) and Nam Joo-hyuk (Nam Do-san) meet at the party they were invited to by Dal-mi’s sister.

Here, Dal-mi tells Do-san, “I missed you, a lot.” Now let’s learn how to say this in Korean with the Korean Tutor App.

Now let’s break this down!

The basic verb form of “보고” is “보다” which means, ‘to see.’ “싶었어” means “wanted to.” Hence, this phrase means “I wanted to see you” which really translates to “I missed you.”

Now you’ve learned a new Korean phrase. Practice and say it to a friend, a family, or a loved one!

If you want to learn more Korean phrases by watching Korean dramas and K-pop stars, download the Korean Tutor App!

Look at our other posts from the Korean Tutor Blog!

Study Korean with BlackPink and other K-pop stars! Studying Korean doesn’t have to be difficult. As long as you are a fan of K-pop and enjoy the K-pop scene, your learning will be fast and easy!

Take a look at this clip of the BlackPink members making quick snacks for their pets.

Which one is more simple, teacher?

She wants to know if it is easier to make the gimbap (what she’s making) than the muffin (which Lisa and Rose are making).

So the full version of this question should be:

Which one is more simple to make, Gimbap or muffin?

There’s a grammar rule to this:

Now that you’ve mastered a Korean sentence from Jennie, try to make one on your own! Also, try the speaking and listening task from the Korean Tutor App.

You can download the app with the links below. The app is 100% FREE!

Remember, you have to do is enjoy your learning, there is no cost!

Check out our other blog posts: http://www.hyperitycorp.com/category/blog/

BlackPink in your Area!

Are you a fan of K-POP? If you are, you’ve come to the right place! And even if you didn’t come with your intention, why not browse a bit of K-Pop into your life? You might pick up several key Korean expressions and words that might come in handy someday!

Let’s start with what Rose said about BlackPink’s collaboration on their new song – Ice Cream – with Selena Gomez!

> Let’s break this down!

Rose expresses that it was such an honor for her and the BlackPink members to get this opportunity to collaborate with Selena Gomez. Her modest attitude just warms up our hearts – doesn’t it?

> Let’s look at other examples!

실제로 뵙다니 정말 영광이네요. – It is such an honor to meet you in real life.

Korean Tutor helps you learn Korean fast, with a lot of fun, and most importantly for free!

> Download the Korean Tutor App via the links below, 100% FREE !

> Take a look at our other posts!